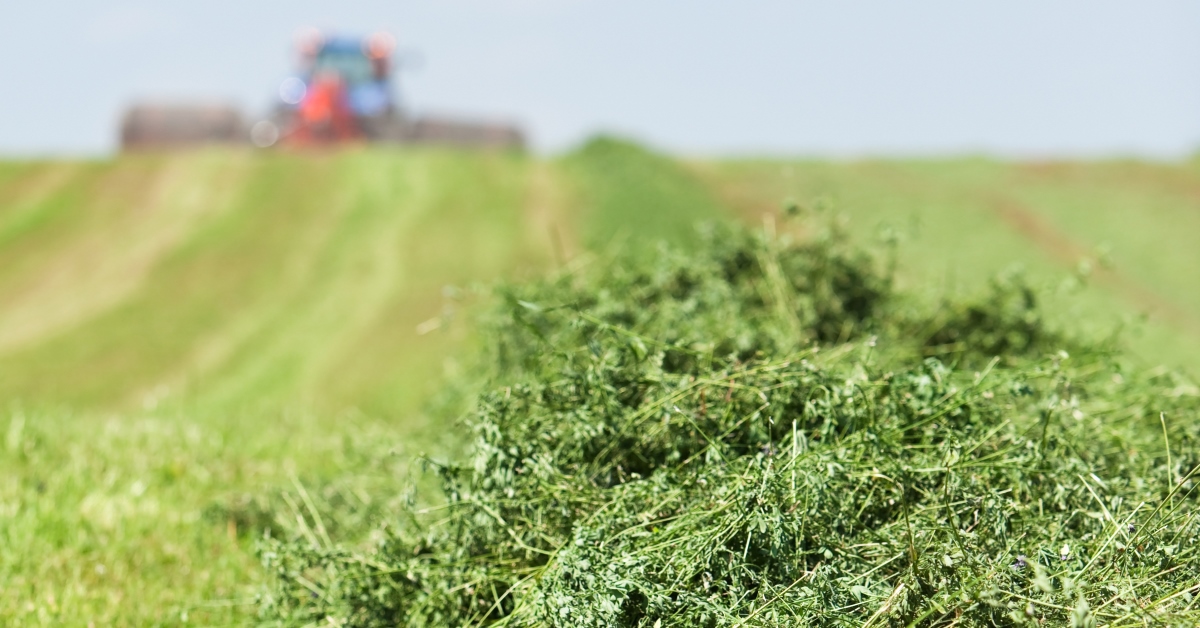 It’s no secret that there have been weather-related challenges across much of the U.S. this spring. Due to conditions like excessive snow and cold or relentless rainfall and cloudy days, planting delays have been widespread, causing many to reconsider their seeding decisions if spray and fertilizer weren’t already applied. Livestock producers went to the alfalfa fields early and often, where they may have found thin stands or — in some cases — completely dead fields. These factors all contribute to added stress on feed inventories, which means producers must turn to alternative forage feed sources.

Cover crops have been a big topic of discussion in the agricultural industry over the last decade as we look for ways to protect the soil and suppress weeds, but they also serve as an alternative forage source to conventional crops. Some fields will be submitted as prevented planting program acres, creating potential opportunities to harvest extra feed, as the program requires the grower to cover the ground. Even if the acres aren’t owned or operated by the livestock owner, cash crop producers in the program may allow livestock producers to harvest the cover crop in the fall. The rules in the prevented planting program commonly state that those acres must remain untouched until November 1. This year, however, the United States Department of Agriculture has moved the date up to September 1 in order to make feed available. It was also recently announced that corn silage is now eligible to be planted and harvested for prevented planting acres, although the guidelines must still be followed to plant the corn silage crop after the late planting date.

When spring is delayed and feed inventories are tight, two questions often arise:

In an article from Drovers, Joe Lauer stated that August 1 is the latest date that corn can be planted to make silage in Wisconsin. He further explained that the desired outcome will be determined by both the planting date and the seed maturity. Growing seasons are shorter in Minnesota and Wisconsin and largely depend on the growing degree units left in the season until the first frost. Lauer advised that the period between June 20 to July 1 should be the latest point on the calendar to plant normal corn silage past the milk stage, with ≤ 90-day hybrids. Anything after July 1 will rely on a killing frost to wilt the plant for harvest and will be valued more for quantity rather than quality. Another less familiar option involves corn silage taken in the silk stage, where it is often high in sugar and very digestible. To accomplish this, Lauer suggests planting a 110+ day variety around July 1.

If feed inventory is running low, bare acres should not be entered into the prevented planting program; otherwise, you elect to wait until September 1 for a harvest. When starting to evaluate your available options, consider the past crops grown on the land, as many row crop sprays have residuals that are not tolerated by grasses and small grains. Consult with your agronomist to see if any limiting chemistries were applied in the past. Annuals are very popular among many Midwest producers, for both their urgency and ease of control upon fulfilling their purpose. For example, despite its very vigorous growth, even through the summer months, annual ryegrass remains palatable and highly digestible. Small grains, such as oats, wheat and barley, are cool-season plants, so they can be difficult to start in the months of June and July but should do well if planted earlier in the season. Italian ryegrass is also a cool-season crop, preferring an early spring planting, which removes it from the list of early summer options. However, it can be successfully planted later in the season if harvest is pushed back. Other crops — such as foxtail millet, Japanese millet or teff — have been suggested, but seed can be expensive or difficult to purchase, especially with this year’s increased demand. Many producers are turning to a version of sorghum.

Forage sorghum and sorghum sudangrass make excellent alternatives to corn silage and alfalfa. When considering crops for forage from mid-June to mid-July, University of Wisconsin agronomist Dan Undersander approves of either of these options for the upper Midwest region. Both crops require warm temperatures in order to produce and perform well in wet and dry conditions. Although sorghum is part of the corn family and can be very similar to it, forage sorghum is a good fit for late planting scenarios and across many soil types. Like corn, sorghum is a single-cut option. Sorghum can be planted with a conventional corn planter in 30-inch rows at 4 to 15 pounds per acre, depending on the germination and variety. Forage sorghums contain 80–90% of the feed value as corn silage and can yield 3 to 11 tons per acre, making it one of the higher yielding options, according to Undersander. One risk for these crops, however, is prussic acid, which can build up in a plant in the early stages of its growth (< 18 inches) and can also be a concern after a frost. Fortunately, prussic acid can be handled with careful management. A 10-day waiting period should be observed following any temperatures cold enough to burst the cells in the plant.

Sorghum sudangrass hybrids have many of the same characteristics as their parent plants, making them fast-developing and drought-tolerant. They will generally grow to a more moderate size, and they are available in many varieties, including BMR. Prussic acid poisoning can also be a concern with sorghum sudangrass hydrids, but this can be mitigated via the management strategy previously described. The Midwest Cover Crop Council recommends planting the hybrid with a drill at 15 to 30 pounds per acre, with an average depth of 0.75 inches. Many people will chop wet and ferment or make baleage with the cuttings, as haying is difficult, due to the wide leaves and high moisture content. The first growth is typically usable in approximately 50 days. These hybrids are cut up to three times per season.

Alternative crops are effective at filling in the gaps in the growing season, and some can be very nutrient-dense — but when it comes to productivity per acre and sustenance, corn silage and alfalfa remain the best options. After a severe winter kill on our alfalfa stands, our primary interest is to get a new seeding into the ground, thereby preparing a new crop to replace the old one. During a wet spring with prevented planting program acres, any seed used for cover crops can be difficult to find, so having options and staying educated about different crops can help you remain flexible during seed shortages. If you have any questions related to alternative forages, contact your local Hubbard Feeds representative.