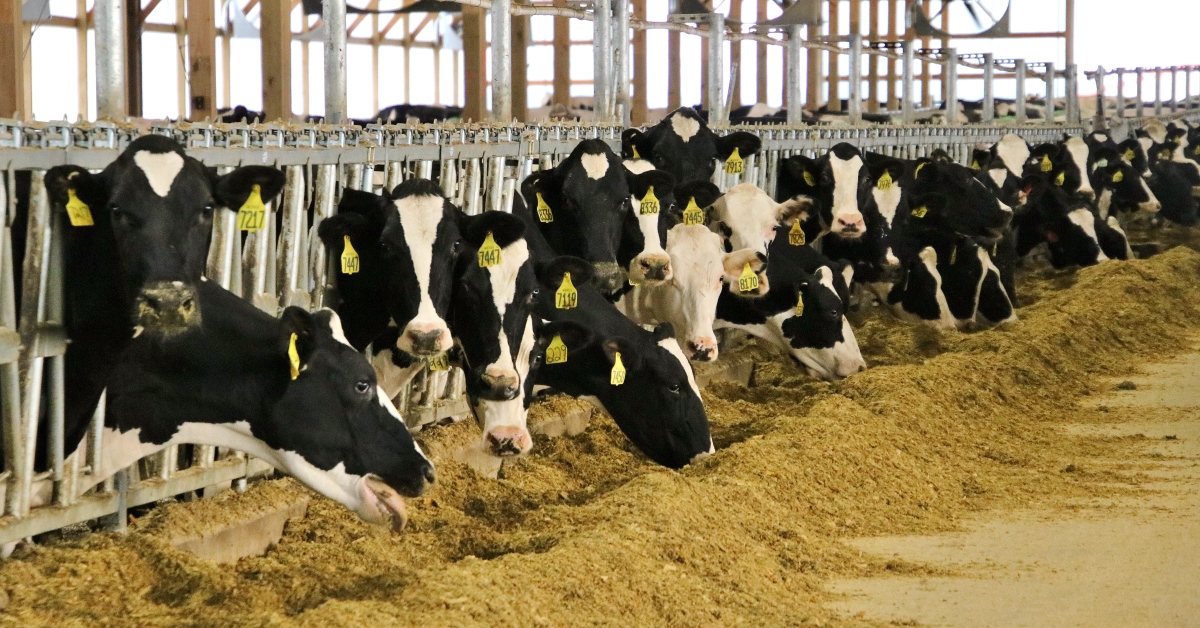 The 2022 corn silage harvest has been completed, and this year’s crop is now either in storage or being fed. Dry weather conditions throughout most of the Midwest allowed for an adequate harvest window this year. Since the harvest, there has been much talk about how well this year’s silage has been testing and feeding compared to previous years’ silage. In some areas, it has been feeding well, but in other areas, there have been some challenges. This year’s crop had variable planting dates throughout many parts of the U.S., making for some later harvest dates in some locations. As a result, the overall quality of the 2022 corn silage is still being determined. However, a variable crop has been predicted due to the wide range of growing conditions, from drought to excess rainfall, throughout all geographic locations.

Understanding how the 2022 corn silage crop may feed in relation to how it fed in previous years could be very helpful, as knowing this could give you an idea of what to expect when transitioning into the new crop silage. Many farms rely on corn silage as an energy source, making it readily utilized in most dairy rations throughout the Midwest. If samples of the new crop silage are taken and tested at harvest, it is important to retest them again just prior to feed-out, as this will give producers a better understanding of what characteristics have changed during fermentation.

Digestible fiber and starch determine the quality of corn silage, altogether making up approximately 80% of the energetic value per ton. Factors affecting both of those metrics include seed genetics; weather; agronomic practices, such as planting date, population, fertilization and fungicide application; and harvest management. Just a year ago, we were trying to determine how the newly harvested corn silage was going to feed. Looking back at the 2021 corn silage, the starch concentration was numerically greater. A higher starch content means less fiber and, typically, more energy value per ton, if the starch is digestible. However, last year, this was not the case, and the 2021 silage had less digestible starch, resulting in the need to feed more corn grain in the ration and to increase feed costs to meet farm milk production goals.

Digestible starch plays a role in determining corn silage quality, and many factors can influence this metric, with the most influential being time. Providing adequate fermentation time for corn silage is the best way to increase starch digestibility. The starch within the corn kernel is encapsulated within prolamin (zein) proteins that prohibit it from being broken down within the rumen. Over time, protease enzymes break down the protein matrix, making the starch more available. As such, since the corn silage harvest dates were variable this year, the digestible starch values from this year’s corn silage crop are still very preliminary due to the short fermentation period in some geographical locations.

In addition to fiber and starch, mycotoxins can also affect corn silage quality. Preliminary results from this fall indicate that mycotoxins are present within this year’s corn silage and, as a result, could negatively impact herd health and milk production. The extent of the risk from mycotoxins depends on the geographic location, but early results indicate that this year’s corn silage crop is harboring more than just one mycotoxin, with 7.4 mycotoxins per sample being the average identified among the corn silage samples from the 2022 crop. This year, fusarium mycotoxins, as well as type-B trichothecenes (the DON family of mycotoxins), appear to be the most prevalent and pose the greatest risk. Decreased dry matter intake, decreased milk production, poor rumen function and a decreased immune response are commonly associated with these mycotoxins. The DON family of mycotoxins can be found in the ear and the stalk of the corn plant, with the DON in the stalks being more difficult to treat. As a result, even if fungicide treatments are applied, the silage may not be DON-free. It is also important to note that mycotoxin levels can increase after ensiling during storage, so if the silage was tested early but issues arise, further mycotoxin testing may be warranted.