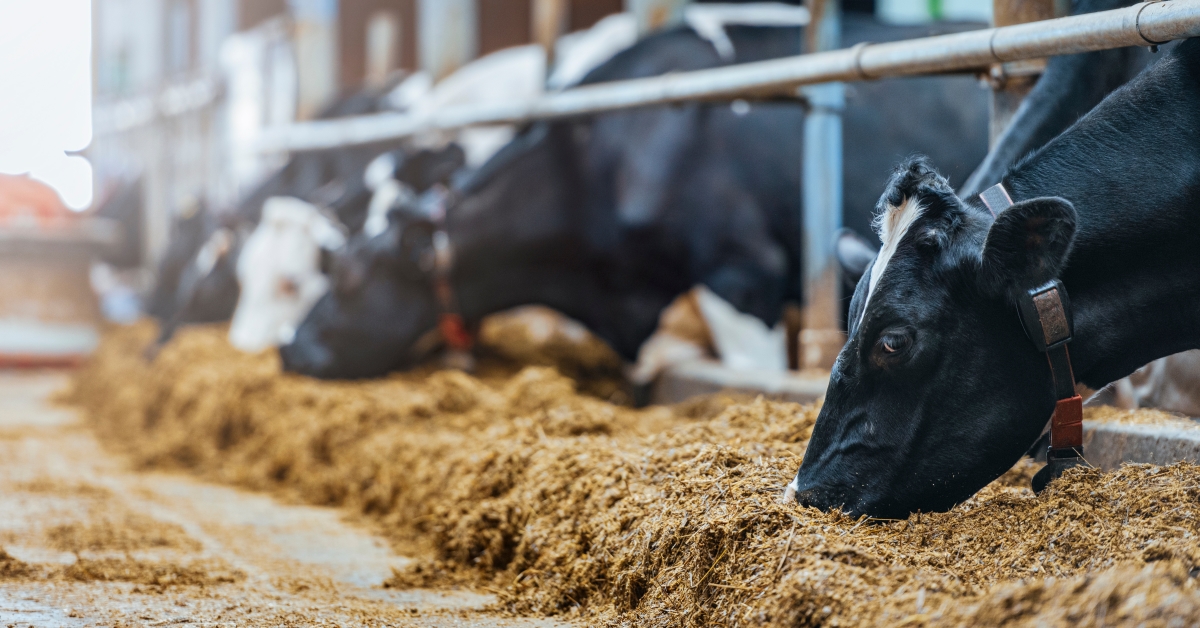 Dairymen strive to successfully grow and harvest high-quality forages that can then be used as the basis for the lactating cow ration to maximize health and production while minimizing purchased feed costs. Even if forages are harvested under ideal conditions that allow for adequate fermentation, some conditions during fermentation and feed-out can create challenges. This fall, most of the Midwest experienced favorable forage harvest conditions; however, many dairymen are finding that their cows are not performing as well during this time of year as they have in years past. One of the issues that farms may be battling is high wild yeast counts in their feedstuffs, leading to potential dry matter and production losses.

How does wild yeast cause feedstuffs to become unstable?

Like mold, wild yeast belongs to the fungi kingdom; however, unlike mold, wild yeast does not produce toxic secondary metabolites. Wild yeast is predominantly aerobic, meaning that it thrives in the presence of oxygen. This leads to aerobic deterioration, which is avoidable but is still the main cause of dry matter loss on the farm. Wild yeast is present on the standing forage in the field and then becomes ensiled after the feed is harvested. There are several different yeast strains found in standing forages, but those that are the cause of most concern are lactic acid-fermenting species, such as Candida and Pichia. Since wild yeast thrives in the presence of oxygen, once the silage bag, bunker or silo has been sealed and the appropriate anaerobic conditions have been met, the wild yeast will become dormant. However, once the feedstuff becomes exposed to oxygen through opening the bag, bunker or silo, the wild yeast begins to thrive, leading to dry matter losses.

Under the lower temperatures that we are beginning to experience at this time of year, there may be minimal signs of silage instability as the wild yeast becomes inactive. However, once the temperature increases in the spring, the yeast will re-energize, potentially doubling its population in as little as two hours. The yeast feeds on the energy and lactic acid in the feed, therefore decreasing the energy that is available to the cow. This results in heating and a localized pH increase, which opens the door to allowing spoilage by mold and bacteria. During the summer months, spoilage can happen rapidly if not managed properly, and the feed may only be stable for a couple of hours. This issue can be further magnified once the unstable feed is mixed into the TMR, where there are more nutrients for the wild yeast to feed upon and the heating of the feed continues, now compromising cow health and milk production.

Wild yeast present in feed can have a negative impact on rumen function and, as a result, can affect milk production and overall cow performance. This impact can be even more prevalent if the feed is fed to transition cows that are already prone to metabolic stressors. Common signs that wild yeast is present in the feed include:

Wild yeast tends to be more prevalent in feeds that have a greater starch concentration, such as:

However, haylage or other small-grain forages can also contain higher levels. Often, if wild yeast is prevalent in haylage, it is the result of greater ash contamination due to heavy rains or the method of raking/merging the crop in the field. Greater ash contamination of the forage leads to poor fermentation, allowing yeast to thrive as the feed is fed.

If cows are exhibiting any of the signs of depressed rumen function and decreased performance described above, feed samples from the suspected feedstuffs should be sent to a qualified lab to determine the specific level of contamination. When sampling feeds for yeast count analysis, samples should be kept in an air-tight sampling bag and refrigerated until they are sent to the lab. Well-preserved feed has yeast counts below 10,000 cfu/g.

Next, the silage face should be evaluated for signs of heating and spoilage, and face management practices should be implemented to decrease the amount of oxygen allowed to penetrate the forage. In cases where heating and spoilage are occurring on the silage face, one or more of the following practices can be implemented to improve face management:

In addition to improving the silage face, other changes may be implemented to the ration to improve cow performance, including those listed below:

The presence of wild yeast in feedstuffs on the farm can result in significant dry matter losses. In addition to dry matter losses, there is also the potential for decreased production due to the negative impact of wild yeast on rumen function. However, the negative impact of wild yeast can be decreased by addressing face management practices and implementing ration changes. There is no one-size-fits-all solution when it comes to combating the different strains of wild yeast. At times, low yeast counts that could otherwise be considered relatively safe to feed can cause the greatest rumen upset. Contact your local Hubbard Feeds representative to troubleshoot your individual situation and discuss the best options for your farm.

Tags
Yeast
Yea-Sacc
BulletProof
Need Expert Advice? Talk To Us.
Sign Up for our Blogs