The cost of delaying first calving 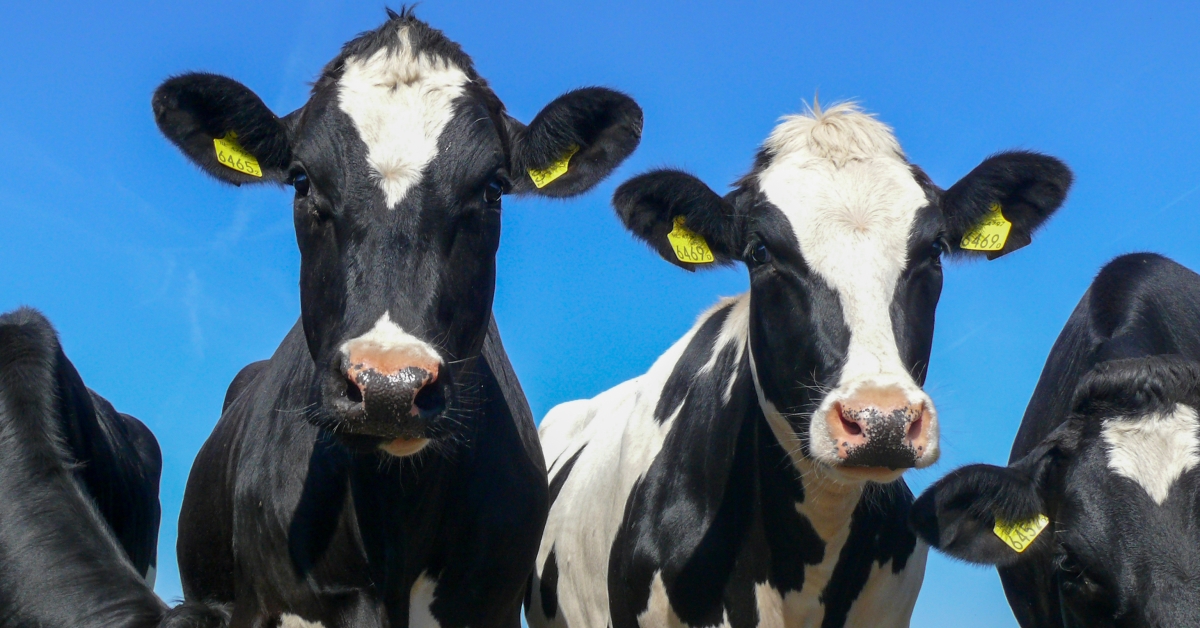 Since heifer-rearing costs represent the second-greatest cost to the dairy (behind feed costs for the lactating herd), there has been much discussion regarding the optimal age at first calving. Even though raising heifers is costly, they also represent the future of the dairy herd, so the goal should be to get heifers into the lactating herd as early as possible while also keeping costs low and maximizing their future production potential.

Many factors play a role in the age at which the heifer first calves. Having a good heifer program, along with sound nutrition and an effective breeding program, are all key to ensuring a timely entrance into the lactating herd. It is key to note that the goal should not be to raise heifers as cheaply as possible, as doing so could result in heifers calving later, which not only increases rearing costs but also decreases their production potential in the first lactation and beyond.

From an economics standpoint, lowering the age at first calving makes sense. Heifers that calve earlier stay in the herd longer and have greater milk yields, as well as improved fertility, conception rates and daughter pregnancy rates. However, calving too early could put the heifer at risk of calving problems, including stillbirths, which would offset any gains. Calving later also adds costs and decreases a cow’s lifetime milk, fat and protein yields.

According to research from the USDA, to maximize production, the optimal age at first calving is 21 to 22 months of age for Holsteins and Brown Swiss heifers and is 20 to 21 months for Jerseys. Jersey heifers also reach puberty, on average, about two months earlier than Holstein heifers. Adequate nutrition must be provided early in order for heifers to reach puberty and to be the optimal size at breeding to meet producers’ calving age goals. However, most Brown Swiss calve five months later than what would be optimal, while Holsteins calve an average of two months later. These numbers have improved greatly over the last ten years, but there is still some room for improvement, as illustrated in Figure 1. For every month beyond 24 months, the total rearing costs increase by 5% per month, so it doesn’t take long for late calvings to have a significant impact on profitability. Focus on getting heifers bred by 13 to 15 months and consider culling any that fail to breed during that time. 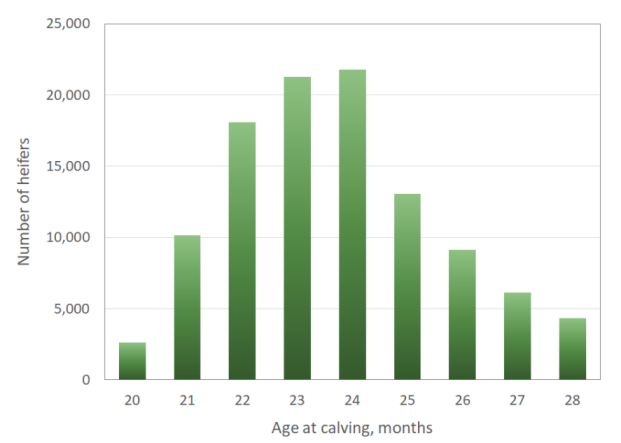 A farm’s heifer inventory is also affected by their age at first calving. Decreasing the age at first calving allows heifers to enter the lactating herd earlier, requiring fewer heifers to meet the farm’s replacement needs to maintain the herd size. With an average cost of $2.50 per day to raise a heifer up until calving, it can be quite costly to raise more heifers to meet the farm’s replacement needs. However, it is important to note that calving too early can have negative effects that would offset any gains.

Lowering the age at first calving does not just mean breeding heifers younger or smaller. Heifers must be an adequate body size at breeding and calving. Due to differing genetics between herds, the optimal body size will vary from farm to farm. Failure to achieve an adequate size at breeding and calving will result in a decreased milk production potential and an increased incidence of dystocia, which also increases a heifer’s chance of being culled. When heifers calve for the first time, they are still growing to reach their mature size. The industry standard benchmark for heifer body weight at calving is 85% of their mature body size. Heifers that calve before reaching the adequate size will have to put significantly more nutrients toward their growth requirements, resulting in a decreased milk production potential.

In addition to evaluating the herd’s average age at first calving, it may also be beneficial to evaluate the calving distribution for first-calf heifers in the herd over time. This is often overlooked but may shed more light on the quality of the heifer-rearing and breeding program in place on the farm. To evaluate this, look at the number of heifers that calve outside of the producer’s calving age goal. For example, the average age at first calving for a farm may be right on track with the farm’s goal. However, when looking further into the distribution of age at first calving, several heifers are outliers, meaning they fall above or below the target age for the farm. Having a significant percentage of outliers suggests that there are heifers calving either too young or too old. These heifers may have been bred before they achieved an adequate body size or may be over-conditioned at calving, which puts their potential future at stake. Rather than focusing on getting all of the heifers to calve right at the farm’s targeted age at first calving, which may be an unrealistic expectation, the goal should be to reduce the number of extreme outliers in this respect. As a result, there may be an opportunity to improve the efficiency of the heifer raising and breeding programs to produce heifers of consistent size and potential at first calving.

Heifers represent the future potential of the dairy herd, but they are also costly to raise. Properly managing the age at first calving can play a significant role in the profitability of the dairy. However, cutting corners while raising heifers in order to reduce the average age at first calving should be avoided at all costs. Management and breeding strategies should center around striving for consistency when raising heifers to calve at an age that meets the farm’s goals where production potential is also maximized. Contact your local Hubbard Feeds representative for further management and nutritional strategies to reduce the age at first calving and get your heifers into the lactating herd quickly and economically while still maximizing your production potential.