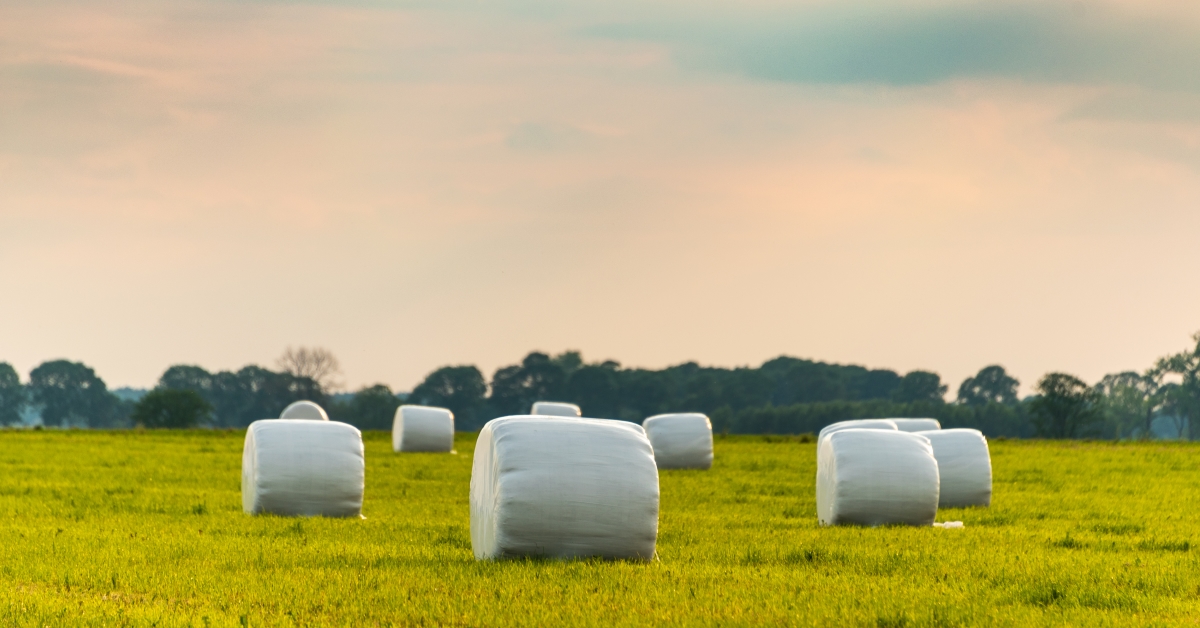 The last couple of years have led to uncertainty in commodity market pricing, and this year has been no different, with commodity prices skyrocketing. This has been especially true for byproduct protein sources, such as soybean and canola meal. These byproducts, which were once economical to feed in lactating dairy cattle rations, are now adding significant costs to the ration. However, high-quality, high protein alfalfa, which many times is overlooked, can be a viable, economical option.

Alfalfa is not only a highly digestible, quality protein source, but it also brings other benefits to the ration. It adds fiber, it’s palatable, and it has a high rate of passage. In the rumen, the plant protein is broken down into microbial protein, which the cow can utilize as a protein source. In the case of alfalfa haylage, the silage fermentation bacteria break down some of the plant protein into peptides, which are readily degraded by rumen bacteria. This can lead to excessive ammonia nitrogen production in the rumen if not balanced correctly in the ration. Because dry hay does not undergo the same fermentation process as haylage, there is more bypass protein in dry hay than in haylage. As a result of this higher protein, alfalfa is an excellent protein source and remains a better option than other small grains. Harvesting at optimal maturity, chopping silage and/or baling at the correct moisture level, and sealing and protecting harvested forages from the elements will ensure that your alfalfa crop is an economical and productive part of your dairy ration.

Within the alfalfa plant, the leaves typically contain 25–30% crude protein, while the stems have 6–10%. Shorter alfalfa typically has a greater protein content than tall, stemmy alfalfa. Other factors that can increase the protein content include:

Cows can do very well on higher forage diets. This is especially true if the forage is of a high quality. Besides just crude protein, fiber digestibility is another metric that affects alfalfa quality. Paying close attention to the fiber digestibility as well as the protein content during times of high commodity prices is crucial.

In addition to maximizing the protein content at harvest, outlined below are more tips for increasing the overall forage quality at the time of harvest:

High-quality alfalfa, harvested as dry hay or haylage, is a viable option for dairy rations during times of high prices for byproduct protein products. When considering alfalfa as an option, close attention must be paid to the protein content, as well as fiber digestibility. Work with your local Hubbard Feeds representative to determine the best ration scenario for your herd.