Firsthand research and experience with PRRS 1-4-4 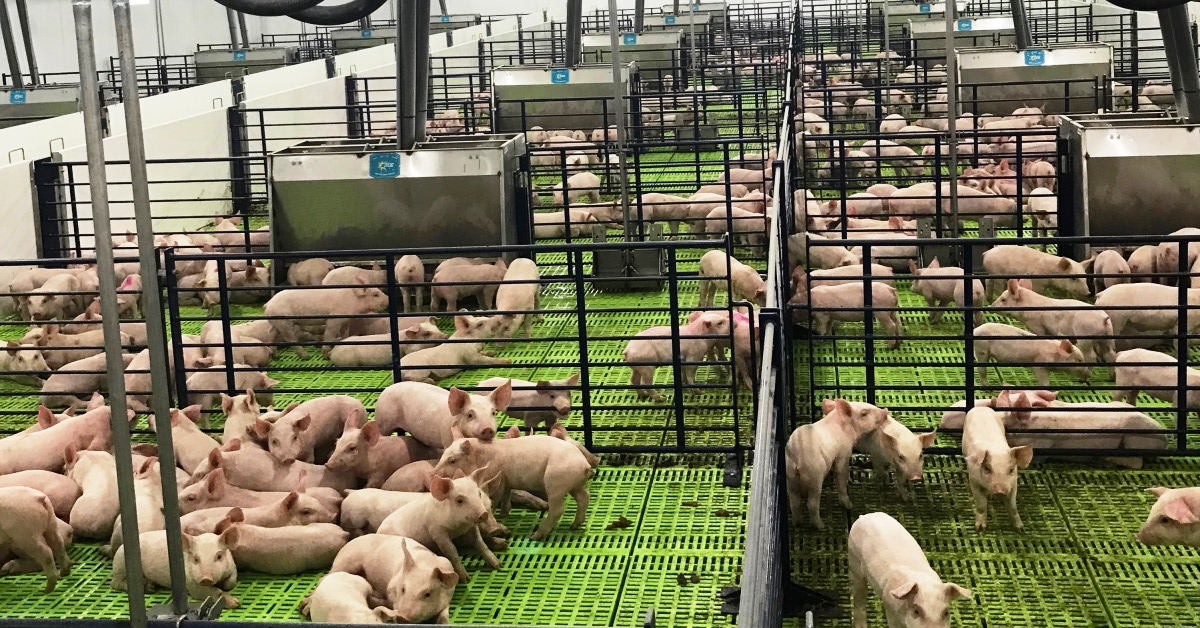 Although the LLRC-1 wean-to-finish research barn is fully filtered, the reality is that it only takes one positive case of Porcine Reproductive and Respiratory Syndrome (PRRS) in an incoming litter to infect a whole barn. This fact was demonstrated in a recent nursery trial at Hubbard Feeds: 2,334 pigs entered the nursery at 15 lbs. and seroconverted with PRRS during the first three weeks post-weaning. While the pigs started exceptionally well on feed, given their wean age and weight, once the group seroconverted, performance was severely impacted, and most mortality occurred 18–43 days post-placement. By the end of the nursery stage, the mortality rate was just under 30%.

Overall, pigs rebounded nicely after the nursery health challenge, with only two recorded mortality events (0.1%) and 11 removals (0.6%). The previous health challenge did not seem to cause a growth lag in the grow-finish stage. Although treatments were applied post-PRRS challenge, other studies show that higher levels of soybean meal may improve the performance of health-challenged pigs, suggesting potential benefits to the immune system. For instance, Johnston et al. (2010) observed that PRRS-positive grow-finish pigs had a 10% improvement in ADG and 8% improvement in F/G when fed high levels of soybean meal. Similar findings have been observed in nursery pigs (Rocha et al., 2013; Rochell et al., 2015). One of the potential modes of action is the presence of bioactive components in soybean meal, such as isoflavones and saponins, which possess anti-inflammatory, antioxidant and antiviral properties (Smith and Dilger, 2018).

It is, without a doubt, that many sow herds in the Midwest and now across the U.S. have experienced the devastation of the PRRS 1-4-4 strain. This virus and accompanying secondary challenges not only wreak havoc at the sow farm but also downstream wean-finish production, as can be seen in our nursery performance. However, we believe this data provides not only a potential dietary strategy but a look at the high level of the performance capability of grow-finish pigs once recovered from a nursery PRRS 1-4-4 break.