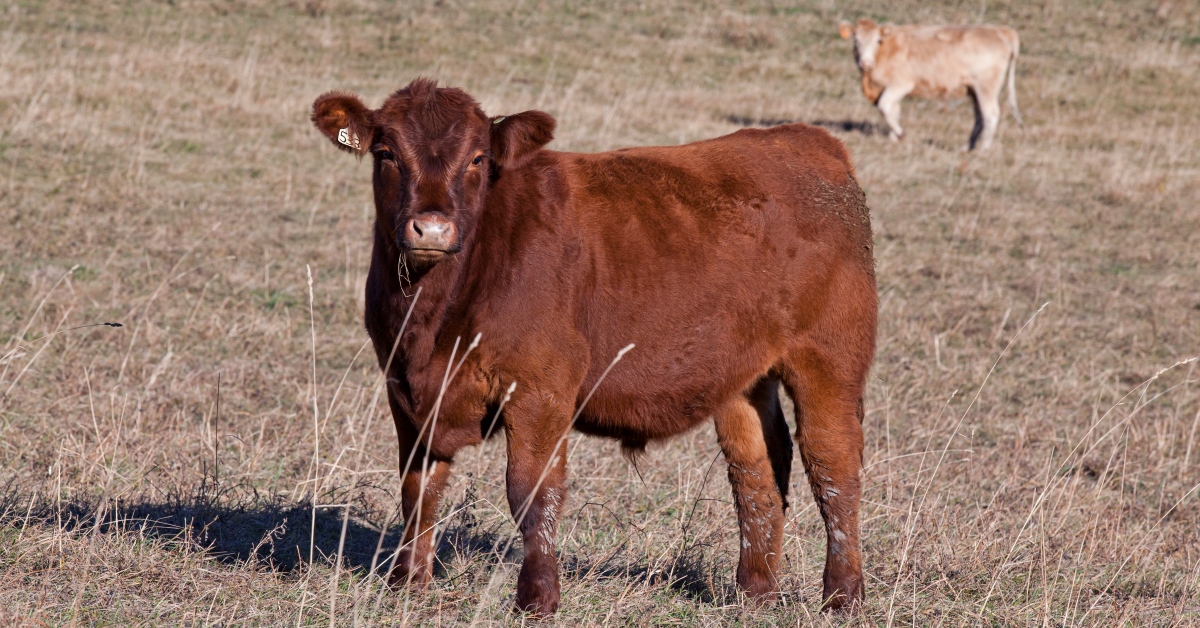 Weaning weight is an important indicator of a ranch’s output, as it can serve as a gauge of what that cow herd produced in that particular year and is a major driver of the ranch’s income. Two tangible solutions for ranchers to improve their weaning weights are to select bulls with more weaning performance and to offer creep feed to nursing calves. While both strategies can help them accomplish their goals, they are, in fact, dependent on each other. A ranch’s quest to improve its weaning weights is an opportunity to illustrate how optimizing a herd’s genetic potential can interact with its nutrition programs.

Does selection for weaning weights work?

Producers are provided with a tremendous amount of information when it comes to identifying potential herd sires that could move the needle on their weaning weight potential. Expected progeny differences (EPDs), genomic-enhanced EPDs (GE-EPDs), ratios from contemporary groups and adjusted weaning weights are tools that producers use when selecting for genetics to improve weaning weights. At the majority of bull sales in the Dakotas, I have observed that adjusted weaning weight is the most positively correlated trait with selling price, regardless of the breed.

The use of EPDs and, now, GE-EPDs has accelerated the pace at which producers can elicit a response. Figure 1 below illustrates that genetic selection for weaning weight can result in a corresponding improvement in the phenotype reported for bull calves in both the Angus and Charolais breeds.

However, when looking at commercially reported data from the NDSU Cow Herd Appraisal Performance Software (CHAPS), over a period when these bulls would have been utilized, the same response was not seen (Figure 2). Additionally, in 2019, when Lalman and associates reported data from the Kansas Farm Management Association and FINBIN, the same lack of response to improved weaning weights was observed.

It is these types of conflicting pieces of information that beg the question: WHY? Why are the genetic trends for weaning weights from breed associations continuing to rise? Why do breeds like Charolais and Angus continue to see phenotypes with larger weaning weights? Why don’t commercial producers get the same response?

While I have observed commercial producers investing more dollars for more weaning weight, they may not be addressing all the inputs needed to achieve their goal. Lalman recognized that weaning weights may be limited by the production environment of commercial operations. It appears the calves are not receiving enough nutrition to keep pace with their increasing genetic potential, which is comparable to using an aggressive implant in a feedlot steer on a low-energy diet. In order to overcome this, they must consider improving the nutrition of nursing calves.

While we’re talking about optimization with genetics, it is also fair to talk about optimization with creep feed. The basic idea is that creep feed should provide more energy than the feedstuff the calf would otherwise consume. The idea is not to replace their dam’s milk but, rather, to provide a high-energy alternative to a portion of the forage component of their diet.

Typically, creep feeding coincides with a time period when a cow’s milk production and forage quality are declining. This reduction in nutrients limits the calf’s ability to optimize its growth potential — leading some to refer to this time period as the “hungry calf gap.” The calf’s performance will certainly be limited by the protein and energy available in its diet, preventing the calf from reaching its genetic potential for growth.

While the primary focus of this article is weaning weights, it is fair to also consider other traits that might benefit from creep feeding. Research conducted at the University of Illinois showed that creep-fed calves finished sooner, at heavier weights, and had higher marbling scores. In terms of capitalizing on improved genetic potential for marbling — and considering that marbling development occurs over the lifetime of the animal — creep feeding may be important to achieving improved carcass quality as well.

Hubbard SuperGain® creep feeds can be offered to nursing calves to improve their average daily gains and to achieve higher weaning weights. These creep feeds are nutrient-dense and fortified with vitamins, Bioplex® organic trace minerals, Sel-Plex® selenium yeast and Yea-Sacc® yeast to promote forage digestion and rumen stability. These creep feeds are also supported by the Hubbard sales team, who help customers identify a timeline and the specific SuperGain® products that will help them achieve the optimal performance, composition and economics for their operation.

One product that has notably grown in popularity, especially with producers raising high-growth cattle, is SuperGain® Energy-Up 16. This product contains a measure of added energy relative to our traditional fiber-based creep feeds. SuperGain® Energy-Up 16 was created based on Hubbard Feeds research conducted at Purdue University, which demonstrated performance improvements over traditional programs.

It appears that, during a time when genetic changes and selection pressure are highlighting weaning weights, commercial producers are struggling to see a corresponding result in their animals. In order for producers to achieve their desired output of higher weaning weights, a corresponding investment must be made in the nutrition of their animals. Creep feeding programs can be designed to optimize genetic potential, return on investment (genetics and nutrition) and the animal’s composition.

Tags
Creep feed
Need Expert Advice? Talk To Us.
Sign Up for our Blogs