In-organic vs. Organic: Which trace mineral form are your dairy animals eating? 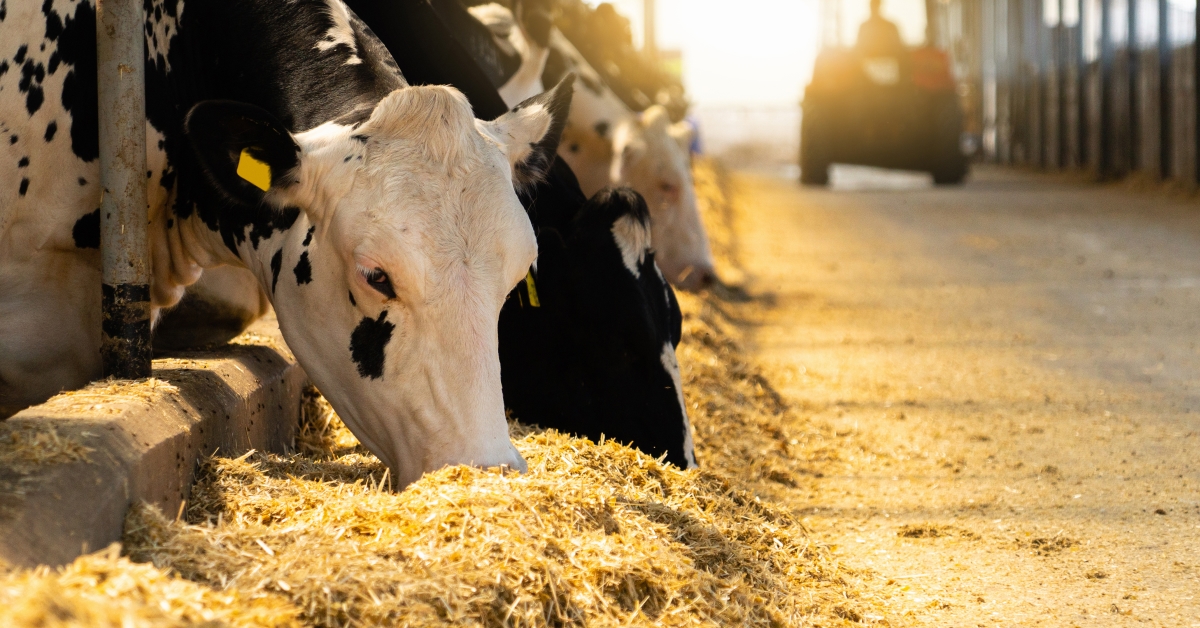 When visiting dairy producers, I am always curious to learn more about their feeding programs. One area I make a point of discussing is trace mineral nutrition. More often than not, producers are unsure or unaware of the type of minerals they are feeding their cows. During these discussions, I do my best to highlight the differences in trace mineral forms with the goal of better informing the producer of their options. Many times, this leads to great discussions about how a higher quality trace mineral can benefit their existing feeding program by increasing the function of trace minerals (Table 1). 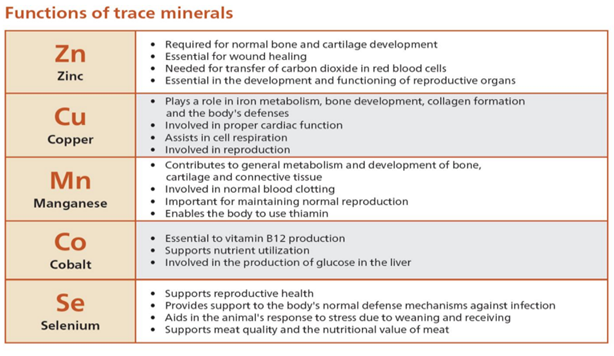 When inorganic minerals are supplemented, a portion breaks down readily in the rumen before reaching the intestine (Figure 1). This causes these minerals to form indigestible compounds with other feed components, making the initial mineral supplement partially unavailable for absorption and potentially killing beneficial rumen microbes. Increasing the supplementation level of inorganic trace minerals is not the answer, as excessive fortification is antagonistic (interference with absorption) and can reduce productivity. Additionally, using a high level of any one inorganic trace mineral virtually assures the necessity for higher levels of other minerals. 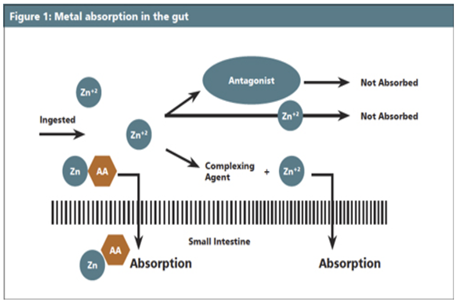 From a vitamin stability standpoint in premixes, inorganic trace minerals have a large impact on vitamin destruction through oxidation-reduction reactions. Research conducted by Concarr et al. (2021) shows significant decreases in vitamin A (8–21%) and vitamin D (~51%) stability in as little as two weeks within premixes utilizing only inorganic trace minerals. This decrease in vitamin stability is concerning and should be discussed when evaluating herd performance if premixes are stored on-farm for long periods. Inorganic trace mineral supplementation was the go-to method for years, but through new research and technology come better ways to reward the animals with what they need.

Over the past several years, interest and implementation of organic trace minerals has increased significantly, with research-backed performance improvement potential. Organic trace minerals consist of the same metals being chelated, complexed or covalently bonded to amino acids, analogs of amino acids, proteins or organic acids in such a way that they tend to be more bioavailable in the intestine.

Improved hoof health: Both zinc and copper contribute to the formation of keratin, the hard outer surface of the hoof. Utilizing organic sources of these minerals has been shown to minimize hoof issues.

Full supplementation of organic trace minerals in all stages of life in the dairy herd is one of the quickest and easiest ways to build a stronger foundation for the increased productivity and profitability of a dairy operation, especially when partnered with superior farm management. Feeding dairy animals diets that contain more bioavailable sources of trace minerals is a key way to increase mineral availability for absorption and, ultimately, to improve the trace mineral status of the animal.

Do you know which types of minerals are in your cows’ ration? If not, check the feed tag and dig a little deeper into what mineral form you are currently supplementing your herd and begin the discussion about the benefits of feeding organic trace minerals. Utilizing organic trace minerals will help maximize the dairy animal’s true genetic potential by providing minerals in a form as close to nature as possible, further allowing dairy producers to build better herds and feed a growing population.