The pros and cons of supplementing with distiller’s grains 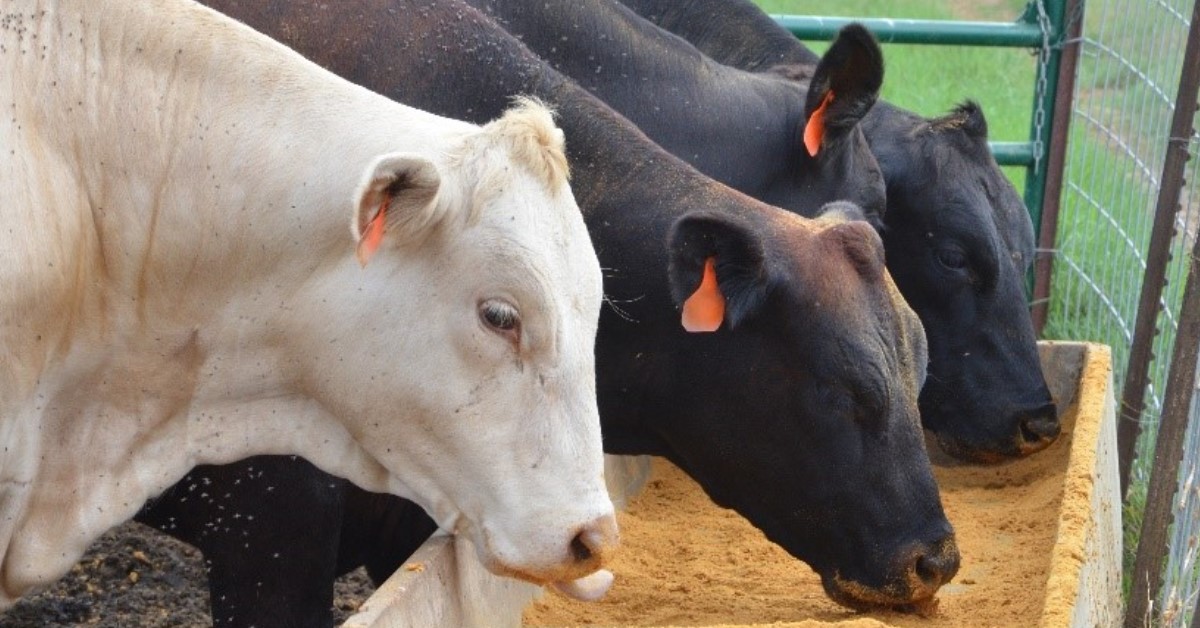 With winter just around the corner, it’s time to start thinking about protein and energy supplementation again. There are many advantages to supplementing your winter feeding program with distiller’s grains or products made with distiller’ grains; however, there are also some disadvantages that need to be considered before feeding decisions are made.

Corn used for ethanol production goes through a process of fermentation in which the starch is removed from the grain. Remaining nutrients, such as protein and fat, are concentrated to approximately three times the level found in corn grain itself. Distiller’s grain contains between 25 and 35 percent crude protein, making it a good winter feeding source of this critical nutrient.

Distiller’s grains are typically included in the diets as a source of protein; however, it has an energy value equal to or greater than corn. With the removal of starch from the grain, the energy comes from corn oil and digestible fiber, as well as some from crude protein. Due to the energy in distiller’s grains coming primarily from digestible fiber rather than starch, it is less likely to upset the rumen and create acidosis compared to corn.

Distiller’s grains are also a good source of phosphorus and can reduce or eliminate the need for phosphorus supplementation. It is still important for producers to have balanced mineral programs in place to maintain a minimum calcium to phosphorus ratio of 2:1.

Sulfur levels in distiller’s grains range from 0.35 to 1.4 percent, which can potentially cause health concerns in beef cattle. Cattle have a nutrient requirement for sulfur of 0.15 percent dry matter — with a maximum tolerable threshold of 0.4 percent (NRBC, 2016). Clinical signs of sulfur toxicity include decreased feed intake and slow or stunted growth, Sulfur toxicity can also contribute to the incidence of polioencephalomalacia. In addition, high sulfur concentrations can lead to decreased copper absorption and the potential for copper deficiency, if proper mineral supplementation is not available.

It is extremely important for producers to consider all of the sulfur sources that will be consumed by cattle before deciding to include distiller’s grains or related products in their winter feeding programs. Sources containing sulfur include all feedstuffs, supplements and water. Water sulfate levels of 1,000 ppm or less are considered safe and may be a diminished cause of concern when feeding distiller’s grains; however, many Western ranches see water sulfate levels reaching 3,000 ppm or higher. In high-sulfate areas such as these, distiller’s grains should either be fed with extreme caution or not at all.

It is very important that samples be taken of water, distiller’s grains or related products and all feedstuffs to ensure cattle health. In areas where sulfate levels can be high, distiller’s grains should be routinely tested to ensure total dietary sulfur remains below 0.4 percent of the dry matter and water source combined.

Distiller’s grains and related products can provide a good source of protein, energy and phosphorus to cattle during the winter months, but producers should collect information about winter pastures before making the decision to include distiller’s grains in cattle diets, including such data as sulfate levels in both their water supply and forages and the molybdenum levels in forages. We recommend producers use a balanced mineral program that includes Bioplex® trace minerals to enhance the trace mineral availability, and we encourage producers to consult with their Hubbard Feeds representative to help develop a balanced winter feeding program.