Understanding the process of corn silage fermentation and starch availability 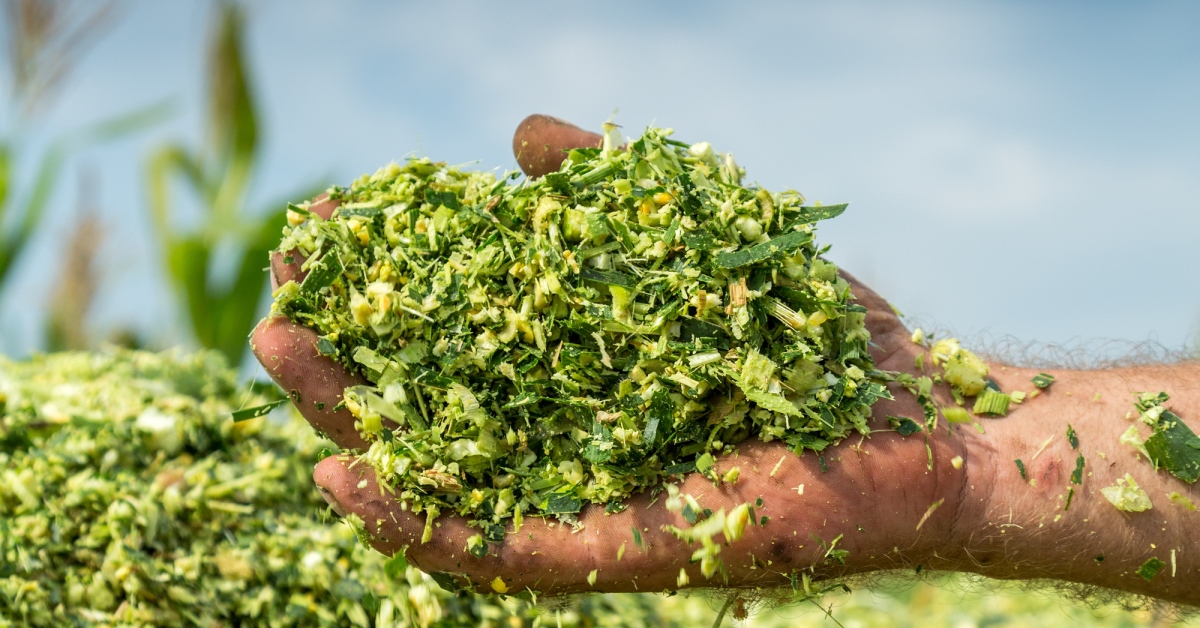 It is well-known that once corn silage is harvested and ensiled, it takes some time before the silage will reach its optimal feed quality. A key goal when ensiling corn silage is to reduce oxygen and raise acidity rapidly so that lactic acid bacteria will go to stabilize and preserve the silage. I often hear people say that corn silage is well-fermented after three weeks in storage and that it’s okay to go ahead and start feeding it. While it is true that the largest percentage of total fermentation takes place in the first three weeks of storage, it is important to note that lactic acid, pH reduction and soluble protein will not reach the maximum levels until approximately four months after ensiling. Furthermore, acetic acid and soluble protein levels will continue to rise through six months of ensiling, while the digestibility of the starch within the corn silage will increase greatly over the first five to six months, with marginal increases thereafter.

Harvesting the corn silage crop at the correct maturity and whole plant dry matter is a crucial first step to achieving a great fermentation, along with the proper length of chop, kernel processing, use of an inoculant, packing well and covering the silage. When the crop is properly ensiled, fermentation begins.

Ruminal starch digestibility in corn silage varies by year and location and is often influenced by many factors, including the stage of corn maturity at harvest, kernel processing, storage time, hybrid selection and growing conditions. When the intersection of optimal whole-plant dry matter, starch content and fiber digestibility is achieved, the starch digestibility of the corn silage is typically at its lowest point. Therefore, we can potentially see milk production decline when green chop silage is fed without corrective measures to the ration.

Typically, after the first few months of the silage being ensiled, the starch digestibility greatly increases (Graph 1), thereby enhancing the starch fermentability of the ration. This enhancement continues while the silage remains in storage due to the increases in soluble protein over time. This increase in soluble protein (the breakdown of the corn’s zein protein or the prolomin protein covering the starch granules) continues to improve the starch digestibility/availability. Without routine testing of the silage, the starch digestibility can be a bit of an unknown and can greatly impact your ration, either positively or negatively, depending on the rate of digestion of the silage in its current state. Therefore, routine testing of rumen-degradable starch is recommended to ensure that the ration the cows are eating contains the appropriate amounts of digestible starch to maximize performance. 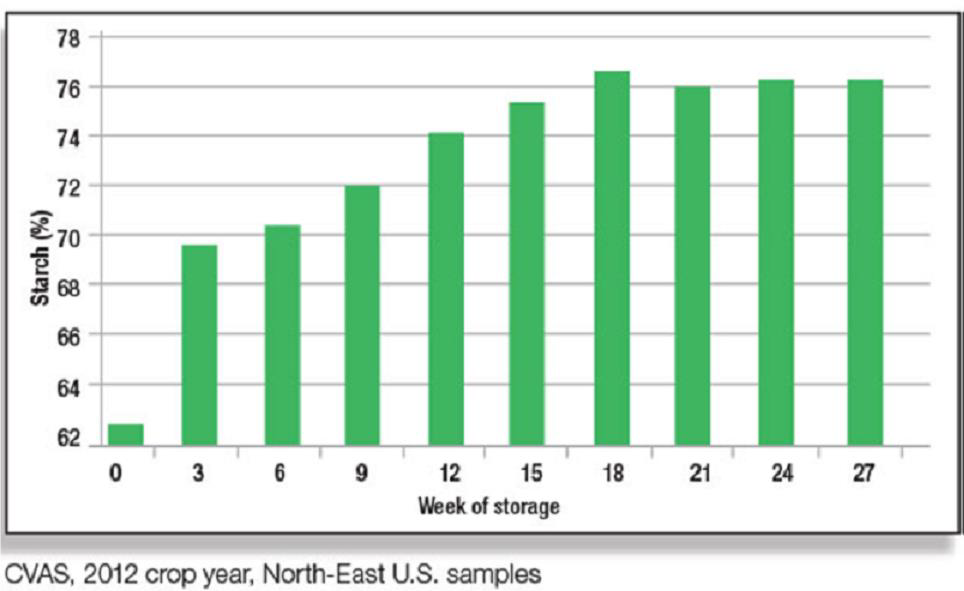 Check with your nutritionist for their thoughts on your herd’s starch digestibility and potential. If starch digestibility has room to gain, check the corn grain particle size and consider adding raw corn starch, rolled or ground softer grains (wheat or barley) or other research-backed nutritional options to aid in improving your ration’s starch digestibility and availability. Many dairies keep up to six months of silage carryover from the previous crop, allowing the silage to stabilize and the starch digestibility to maximize before feeding. For assistance with planning your forage inventory needs, and for more information on how to optimize forage quality on your farm, please reach out to your nearest Hubbard dairy team member.

Tags
Corn Silage
Need Expert Advice? Talk To Us.
Sign Up for our Blogs