Beefing up against bad feet 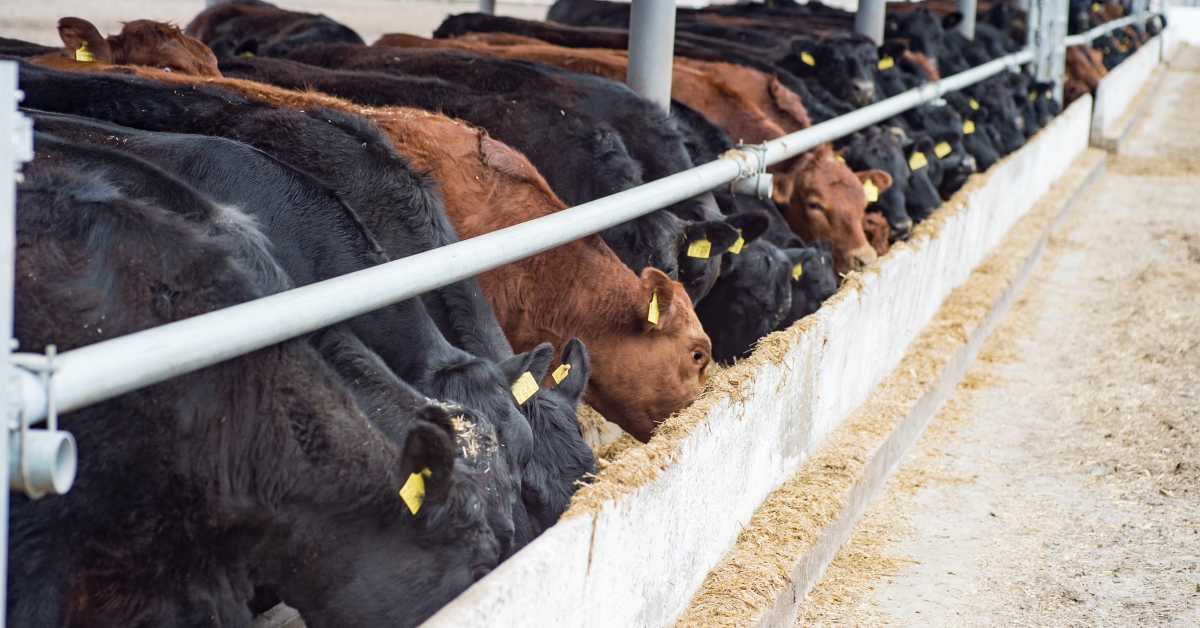 It doesn’t matter what time of year it is — the potential for hoof injuries and infections exists in all types of environments. Producers’ “beef” with this is understandable. Treatment is time-consuming and costly and, in some cases, foot issues lead to an animal’s disposal. When dealing with foot-related problems, it is critical for producers to understand the full spectrum of issues that can lead to lameness. This spectrum can include nutritional insults, physical damage, infectious agents, genetic influence and structural makeup.

Traditionally, ranchers have been the most interested in the potential for nutritional insults or foot rot when dealing with lameness. However, in 2018, the American Angus Association released research EPDs addressing claw set and foot angle, demonstrating the need for genetic evaluation in an area where producers have probable cause for concern.

It is hard to problem-solve systematically with such a spectrum of issues that can impact foot quality. Diagnosing specific problems can provide important clues as to what is going on, allowing us to make better decisions when addressing the issue.

Lameness typically initiates the evaluation of foot-related issues in animals. However, two things can complicate this: first, not all lameness stems from a foot issue, and second, foot issues aren’t always visible on the exterior. Evaluation of the hoof is critical to determine the source of lameness in cattle.

Lameness is usually the first sign of foot rot, followed by visible swelling between the foot and the dew claw. As swelling advances, the toes begin to separate. Foot rot is a bacterial infection, and, when detected early, it should respond to antibiotics. Insufficient pen management that results in wet, muddy conditions or rough, frozen surfaces often bring on foot rot. Nutrition programs deficient in trace minerals can also lead to poor hoof and skin integrity, increasing the animal’s susceptibility to hoof injury and disease. Finally, cattle with corns, which can be impacted by hoof shape/toe spreading and other genetic components, also increase the risk of lameness. Foot rot is a good example of why just blaming one factor could lead to an incorrect diagnosis.

It is not uncommon for commercial cow/calf operators and seedstock producers to express concern about laminitis (founder) when feeding diets with concentrates. The extent to which laminitis manifests is dictated by the severity of the stress that created it and how often the animal dealt with that stress. Recognizing laminitis early is extremely challenging. It can lead to lameness caused by conditions like sole ulcers, white line issues or, in severe cases, even horizontal cracking. Because several of these conditions are difficult to identify, it is a good idea to seek expertise when evaluating the issues.

It has become widely accepted that foot quality is influenced by the genetics of the animal. Foot design should allow the animal to land on its heel first and then transfer the weight uniformly across the foot toward its toes. Defects like corkscrew claw are generally considered to be inherited traits and can have a negative impact on weight displacement. Hoof angle, toe length and heel depth can be influenced by several factors, but their origins are related to structural design, which is impacted by family history. Because these malformations interrupt the process of uniform weight displacement, they also increase the animal’s susceptibility to foot injuries and infections.

Understandably, one of the biggest issues beef producers must face is improper identification and diagnosis of the problem at hand. In order to provide proper treatment, an accurate diagnosis is necessary. Consequently, the most important thing we can do as beef producers is to concentrate on preventing and/or reducing these insults.

The prevention and reduction of foot-related issues

Correction does not involve a “silver bullet”.  Rather, it involves a careful evaluation of the challenges and a good understanding of the potential areas of concern that may have created these issues.

Let’s start with what matters most in the foot. One of the biggest challenges with genetic selection for foot quality is that many of these issues don’t show up until later in life. Understanding pedigrees, evaluating the feet of young animals and knowing the genetic suppliers’ priorities are the best way to control this factor.

Animal-handling procedures and facilities can also lead to injuries and infections in the feet. Making decisions about the surfaces of sorting alleys and pens requires walking a fine line; there must be enough traction to prevent slippage, but excessive roughness for traction can also damage the foot and make it prone to infection.

Producers who manage the pen surface properly are often rewarded with reduced lameness. Wet, muddy conditions create an environment that keeps the hoof and skin wet and is a source of infectious bacteria. And it is just as challenging when that same ground freezes, resulting in a rough, hard surface. Box scraping can smooth the ground, making it less likely to lead to injury. Some areas where this is especially problematic include the spaces around water tanks and feed bunks.

Finally, can we formulate diets that are beneficial to hoof health? The answer is yes — and instead of simply taking a single factor in the diet into account, all aspects of the diet should be considered.

Laminitis, as previously mentioned, is particularly dangerous in young breeding animals. Since acidosis is the main culprit behind laminitis, considerations should be made to prevent grain overload. Some producers fear that the smallest addition of concentrate to the diet can pose a risk. However, incidences of founder can be managed at several energy levels. The top priority is transitioning cattle to increasing levels of starch. Regardless of energy level, diets that are well-mixed with enough moisture and consistent particle sizes are harder to sort, limiting the animal’s ability to select starchy feeds. Lastly, additives like RumAssistTM can help address the stability of the rumen environment and limit the risk and severity of acidosis.

Trace minerals and vitamins are also critical dietary components and receive perhaps the most focus as a nutritional tool to promote hoof health. While copper, manganese and selenium do merit attention, zinc has the most influence on hoof health. A review by Tomlinson et al. (2004) recognized research that identifies zinc as the “brick” in the important process of keratinization, while the B-vitamin biotin is understood to be an important component in the “mortar” of this structure. Providing zinc in the proteinate (i.e., organic) form improves its bioavailability to the animal, which is why Bioplex® Zinc is often used when risk is high. Knowing the role that zinc can play, it is still important to provide a well-balanced mineral with the appropriate ratios of all trace elements.

Other strategies producers sometimes consider as options for supporting hoof health actually constitute the off-label use of feed ingredients. The Food and Drug Administration (FDA) regulates legal claims and applications for organic iodine (ethylenediamine dihydroiodide or EDDI) and chlortetracycline (CTC). EDDI can only be used to meet the animal’s iodine requirement and is limited to less than 50 mg per head per day. Additionally, there is no approved claim for feeding CTC to prevent or treat foot rot. Therefore, a Veterinary Feed Directive (VFD) cannot be obtained for this application. If an active infection of the foot is observed, an injectable antibiotic should be administered, per the label directions. Be sure to note and comply with withdrawal times for animals approaching market weight.

Foot issues are complicated, and this article is just the tip of the iceberg. It is often a “chicken and egg” issue, as pinpointing the causes of lameness can be a challenge. Foot problems can stem from nutritional insults, physical damage, infectious agents, genetic influence and structural makeup. Managing these issues appropriately is essential to your success.

Tags
Laminitis
Need Expert Advice? Talk To Us.
Sign Up for our Blogs