Calf Success: What you need to know about electrolyte therapy in young calves 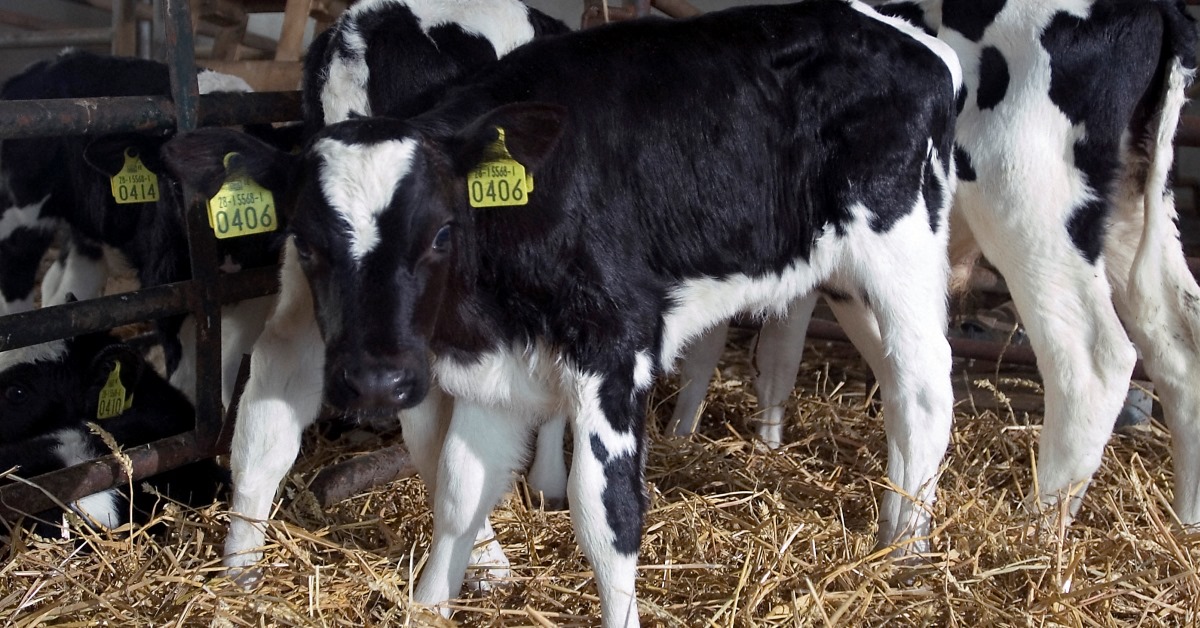 Young calves are around 70–75 percent water by bodyweight and must be well-hydrated in order to stay healthy and grow to their full potential. Dehydration and severe electrolyte loss in calves can stem from several causes including inadequate water intake and heat stress. However, the main culprit to dehydration is often due to bouts of diarrhea, more commonly called scours, which can cause calves to lose 5-12 percent of their bodyweight as water. Smith et al., (2012) reported that, despite progress in understanding the pathophysiology of neonatal diarrhea, recent data indicates that over 60 percent of dairy calf deaths in the U.S. are the result of diarrhea. When calf diarrhea hits, it is critical to reverse the effects of dehydration to avoid metabolic acidosis, weakness, severe weight loss and/or mortality. Oral rehydration by electrolyte therapy is an effective way to reverse the symptoms of dehydration, and is a relatively simple process if protocols are put into place and adhered to by calf-raising staff.

Electrolyte products typically include a combination of sodium, energy, amino acids and alkalizing agents designed to get calves back on their feet. Electrolyte therapy is a common management practice used to replenish fluids and combat metabolic problems in a dehydrated calf, including acidosis and electrolyte losses associated with diarrhea.

When should I provide electrolytes?

Dehydration: As is illustrated in Table 1, calves who are 5 percent dehydrated will show no clinical signs of dehydration, although they will present with diarrhea. In other words, a scouring calf is a dehydrated calf. The amount of electrolyte product a dehydrated calf needs to rehydrate is based on calf bodyweight and dehydration percent. For example, if a100 pound calf is estimated to be 8 percent dehydrated, she will have lost 100 x 0.08 = 8 lb water / 2 = 4.0 quarts of liquid. To replace the water lost due to scouring, she will need to replenish that 1.8 quarts of liquid on top of her normal milk or milk replacer feeding. If a calf is down and will not suckle, it is advised to contact your veterinarian about administering IV fluids to rehydrate and reverse acidosis as soon as possible.

Stress events: Electrolytes can be given to calves who have recently been or will be placed under a stress event, such as pre- or post-transport. It is common practice for calves to receive a dose of electrolytes before they are loaded onto a truck for transport, and, depending on how long the haul is, a second dose immediately after arriving at their new destination. Providing electrolytes gives young calves the extra boost they need to combat the negative side effects of stress and can also help keep them hydrated on longer hauls.

Timing: Electrolytes should be fed to calves several hours after milk feedings and should never be mixed in with the milk or milk replacer. Mixing electrolyte powder with the milk diet does not give a scouring calf the additional water she requires to rehydrate and can change digestion by altering the casein clot in the abomasum. Under heat stress conditions, electrolytes should be given at an equal interval between milk feedings. For example, if calves are fed in the morning and evening, an electrolyte feeding should be offered at noon. If necessary, a second electrolyte feeding can be offered a few hours after the evening milk feeding.

Should I skip milk feedings?

Scouring calves lose water and nutrients faster than their non-scouring counterparts, and require the liquid and nutrients provided by their milk feedings. Very few electrolyte products offer calves the nutrients required to maintain immune system function, as most electrolytes only provide 15–25 percent of the calf’s daily energy requirements. The decision to skip a milk feeding should be based upon the milk feeding program implemented. For example, if a calf is receiving more than 2.5 pounds of milk powder equivalent per day, she likely has enough nutrition to get her through a skipped meal. On the other hand, a calf receiving only 1.25 pounds of milk powder per day should not miss a milk feeding, although skipping may be necessary if the calf is presenting with bloat or will not eat.

Not all electrolytes are created equal

Sodium: Dehydrated calves secrete sodium, and this mechanism can be exacerbated in the presence of Salmonella and E. Coli. Water and sodium are closely linked, and water follows where sodium goes; thus sodium absorption in the small intestine also promotes water absorption. Sodium should be included in an oral electrolyte solution at 10–145 mmol/L.

Energy source: A simple sugar, such as dextrose (glucose), provides quick energy to the calf and also assists with sodium absorption through the small intestine. Glucose should be included at no more than 200 mmol/L due to solution osmolarity limitations.

Glycine: This is a non-essential amino acid that assists glucose absorption. Rehydration is key when considering a dehydrated calf. Sodium, glucose, and glycine are all tied together and play a key role in the water uptake mechanism of the small intestine.

Alkalizing agents: These are added to help reverse any metabolic acidosis that may be occurring within the calf. The most common alkalizing agents are acetate and bicarbonate, although some products may include propionate, citrate or lactate. The use of bicarbonate has been under scrutiny, as some believe it buffers the abomasum of the calf, which could affect the casein clot and, in turn, alter the calf’s digestive processes. Sodium acetate can be advantageous, as it does not buffer abomasal pH and offers some additional energy to the calf — but it can be two to three times more expensive than sodium bicarbonate and is very hydroscopic in dry form.

Electrolytes: Potassium and chloride are also included in oral rehydration products in order to maintain blood pH and assist with other metabolic functions.

Gelling agents: These include psycillium husk, pectin, guar gum and other gums, and function by thickening the manure in an attempt to reduce diarrhea and increase fluid retention. Including gelling agents in the oral rehydration solution, has not shown to be either advantageous or detrimental, so their inclusion is typically based on the personal preference of the producer. While some producers believe that gelling agents reduce scours and improve fluid retention, others believe that the agents make it difficult to diagnose whether a calf is still scouring and that the slowed passage rate makes it more difficult to pass toxins through the gastrointestinal tract.

Work with your veterinarian to diagnose and treat scours. Electrolytes help calves get back on their feet but do not necessarily combat the pathogen causing the scours. Remember: a scouring calf is a dehydrated calf, and oral rehydration therapy is an effective way to keep calves both hydrated and healthy.

Naylor, J. M. 1989. A retrospective study of the relationship between clinical sings and severity of acidosis in diarrheic calves. Can. Vet. J. 30:577-580.

Tags
Calf Success
Need Expert Advice? Talk To Us.
Sign Up for our Blogs