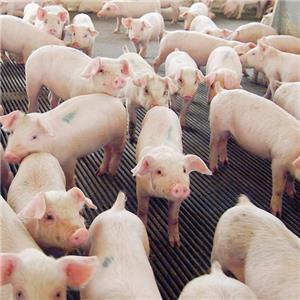 Click here to download PDF618.63 KB
For those closely associated with the swine industry, it comes as no surprise that a recent monitoring project done by the Swine Health Information Center (SHIC) has shown an increased incidence of Porcine Reproductive and Respiratory Syndrome (PRRS), signaling the start of the annually dreaded season when the disease is most prevalent.
PRRS costs the industry an average of US$664 million per year. On a farrow-to-finish operation, financial losses can amount to approximately $75 to $150 per sow in inventory, depending on severity, previous exposure and how long the virus persists in the herd. This cost is an accumulation of reproductive losses, diagnostic costs and increased mortality across pre-wean, nursery and finisher pigs, as well as increased treatment costs.
The virus is a small enveloped RNA virus whose make-up gives it the ability to rapidly mutate and bypass any previous immunity to it a pig may once have had. The virus specifically infects pulmonary alveolar macrophages, also known as PAM cells, which are the white blood cells found in the lungs. A PRRS infection results in a compromised respiratory immune system, which can lead to the increased severity of any secondary infections. Coupled with other infections, such as Mycoplasma hyopneumoniae (a species of bacteria known to cause porcine enzootic pneumonia, a highly contagious and chronic disease), severe respiratory infections that are very difficult to treat can flourish.
Abortions can also occur, either from the fever induced by infection of the dam or by the actual infection of the PAM cells within the fetus itself. Piglets begin developing PAM cells in approximately the third trimester of gestation and depend on colostrum intake to give their immune system a head start — but when infected in utero, the piglet has little to no defense of their own against infection.
Many diagnostic options exist, since the PRRS virus can be found in blood, saliva, semen, milk, urine and feces. The key is to focus on the goal of the investigation. One common test is the Polymerase Chain Reaction (PCR), which is used to evaluate the presence of the virus but will not determine if the virus is alive or viable. Another test, called Enzyme-Linked Immunosorbent Assay (ELISA), looks for antibodies, which show that the animal has been exposed to the virus for more than two weeks. Virus Isolation (VI) tests can be used to determine if there is any viable virus present in the sample. Histopathology tests look at the tissues on a cellular level in order to understand any damage that may exist relative to the diagnosed pathogens.
A number of control strategies have developed over the nearly 30 years that the PRRS virus has been present in the industry. Among those strategies are a number of tools that veterinarians and producers can utilize to control infection and accomplish their goals, whether they are looking either to control the disease or they intend to fully eradicate the virus from the herd. The following is a list of the tools available to accomplish the goal of controlling a PRRS break, which is exposure to the PRRS virus to build herd immunity. These various options can be mixed and matched to develop a program suited to each individual farm. Be sure to discuss any changes with your primary veterinarian before implementation.

It is not uncommon to use a killed product in conjunction with LVI or MLV herd stability strategies. However, herd-level control strategies must be implemented along with these options to truly gain some control over the virus.

Since PRRS is a virus, antibiotics are generally considered unsuccessful in treating the primary infection. However, using antibiotics correctly can reduce the presence of other pathogens in the herd. Recent research utilizing oral or injectable antibiotics from the Macrolide class has shown a reduction in the severity of a PRRS break, during either primary or serum exposure. There are theories as to why this may occur, but what is already known is that macrolide-class antibiotics concentrate in PAM cells in the lungs. The common practice of running anti-inflammatories like aspirin or ibuprofen in the drinking water does carry some merit, given the high fevers that typically result from a PRRS break, but these should be used judiciously.

Need Expert Advice? Talk To Us.
Sign Up for our Newsletter